Is He A Mere Echo? 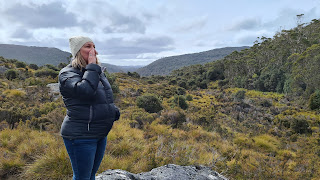 Photo by Nico Smit on Unsplash

A Response to “Isaiah 53 in the Pulpit”

In his paper Isaiah 53 in the Pulpit (Goldingay, John, and John E Goldingay. “Isaiah 53 in the Pulpit.” Perspectives in Religious Studies 35, no. 2 (Sum 2008): 147–53) John Goldingay attempts to marry homiletical form with contemporary exegesis of Isaiah 53. Behind his quest is a question posed by G.A. Brame in a 2005 article (Brame, Grace Adolphsen. “The Cross: Payment or Gift?” Perspectives in Religious Studies 32, no. 2 (Sum 2005): 67–81), asking why this was not more readily being done. If so many modern exegetes have moved on from the idea of Isaiah 53 being a prophecy of Jesus’ penal substitution for sinners, why do people in the pulpits and the pews continue to cling to such archaic interpretations?

What I will seek to do in this brief paper is to first interact with one of Goldingay’s interpretive assumptions, and secondly, to compare his exegesis with the text itself.

When Was Isaiah Written?

The gorilla in the room as you read Goldingay’s paper is that he does not believe Isaiah the prophet, who lived in the Eighth century BC (Donald E. Hartley, “Isaiah the Prophet,” ed. John D. Barry et al., The Lexham Bible Dictionary (Bellingham, WA: Lexham Press, 2016)), was the author of Isaiah’s servant songs. This is obvious from statements such as, ‘Inside that frame is “our” testimony; the passage does not identify who “we” are, though I take them to be most immediately the Judean people who are the prophet’s community in Babylon.” (Goldingay, 148. Emphasis added.)

This is problematic, for while, as Richard Hess notes in his introduction to Isaiah, “it has become common for Isaiah scholars to posit a number of authors for the book...there are strong reasons to maintain the traditional view.” (D. A. Carson, ed., NIV Biblical Theology Study Bible (Grand Rapids, MI: Zondervan, 2018), 1159.) The traditional view being that Isaiah himself penned the book. If this is correct, then Goldingay’s argument falls like a house of cards, being built as it is on the unnamed and imagined prophet living during the exile.

The bigger problem with Goldingay’s dealing with Isaiah 53 is that it does not fit the text itself. In his frame, after the prophet “more or less died” (Goldingay, 152.), ‘He says to God, “You know the way you accept it if someone offers a lamb in sacrifice? How would it be if I offered my life as a sacrifice for my people? I really care about them […] Would that work?”’ (Goldingay, 152.)

How does this fit with verse 10, “It was the will of the LORD to crush him” (ESV)? Or moving backwards toward verse 6, “the LORD has laid on him the iniquity of us all.” The language in this passage is of intentionality on the side of God. The suffering servant isn’t coming to strike a deal, he is the lamb led to slaughter by YHWH. Finally, this bargaining prophet interpretation really has no way to account for 52:15, “so shall he sprinkle many nations.”

In summary, I found Goldingay’s exegesis wanting. This also led to a sermon which was lacking in emotional force - the whole punch of the gospel had been removed. The good news was turned into a story about a nice guy who Jesus in turn looked to as a role model. In removing substitutionary atonement from Isaiah 53, you also remove the hope this passage contains for all who cling to Christ, the Suffering Servant of the Lord.