Showing posts from February, 2022
Show all

Would that they all were! 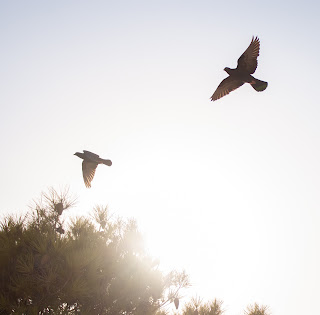 Photo by Savvas Kalimeris on Unsplash Text Number 11:26-30: 26 Now two men remained in the camp, one named Eldad, and the other named Medad, and the Spirit rested on them. They were among those registered, but they had not gone out to the tent, and so they prophesied in the camp. 27 And a young man ran and told Moses, “Eldad and Medad are prophesying in the camp.” 28 And Joshua the son of Nun, the assistant of Moses from his youth, said, “My lord Moses, stop them.” 29 But Moses said to him, “Are you jealous for my sake? Would that all the LORD’s people were prophets, that the LORD would put his Spirit on them!” 30 And Moses and the elders of Israel returned to the camp. Introduction: Synopsis and Questions This story is set within the framework of Numbers chapter 11. After spending the entire book of Leviticus camped out at Mt. Sinah , the people of Israel are now on the move, headed (for a while) toward the promised land. However, in Numbers 11, the people have already descended i
Post a Comment
Read more

Digital Minimalism: Choosing a Focused Life in a Noisy World by Cal Newport My rating: 5 of 5 stars Did you enjoy Deep Work , but weren't sure how to implement the ideas, because the pull of distraction still seemed constant and hard to silence? Looking for more practical advice on how to break up with your constant need for distraction? Digital Minimalism is probably for you. That's not to say you need to have read any of Newport's work before to benefit from this book. He spends the first section of the book, 80 pages or so, laying the groundwork for what he's arguing. The attention-based economy has the best minds and attention science on their side, and by unthinkingly using every new tool, toy, and app that comes along we are volunteering to give them our most precious resource - time - in exchange for what they're mainly after - money. This is not only a bad trade-off, it's also bad for our mental health and quality of life. The remainder of the book
Post a Comment
Read more 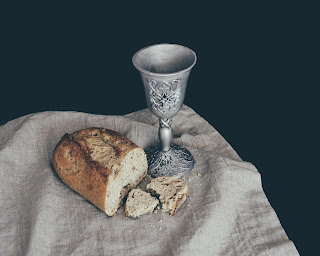 Photo by Debby Hudson on Unsplash When you read the opening chapters of Genesis, one of the things you notice is the incredibly long lives of humanity’s first generations. Adam, 930 years ( Genesis 5:5 ). Seth, 912 years (5:8). Jared, 962 years (5:20). And Methuselah takes the cake at 969 (5:27).  But by the time you get to chapter 11 of Genesis, a change is taking shape. Shem, Noah’s son, lived 600 years ( 11:11 ). Eber lived to 464 (11:17). And by the time you get to Terah, the father of Abram, he lives only 205 years (11:32). That’s still amazing by our reckoning, but it’s also a far cry from Adam’s 930 years. If you move forward in time another 500 years to the days of Moses, we read his words in Psalm 90:10 that, “The years of our life are seventy, or even by reason of strength eighty.” This resonates far more closely with our experience.  What do we see in this? The unwinding nature of sin. God created the world, and in the first chapter of Genesis we read of him bringing
Post a Comment
Read more
More posts