How Sharp Are These Lines? 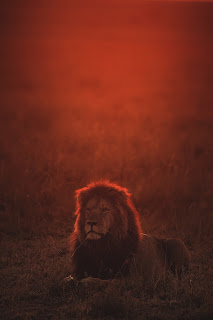 Photo by Keyur Nandaniya on Unsplash

In an article for the Calvin Theological Journal titled, “Just what do you mean-Kingdom of God?” (Volume 51 (2), 2016), John Bolt quotes Richard Niebuhr, who contested that “the distinguishing characteristic of the” Protestant Reformation was the kingdom of God. In Niebuhr's view, this difference comes down to the “contrast between visio dei and regnum dei.” Or, in English, the vision of God and the reign of God. While I wonder about the historical validity of such a claim - it would seem to me that doctrines such as the perspicuity of Scripture and justification by faith are far more central to the Reformation project - it did make me ask a question. Why would there need to be any conflict between the idea of living under God's rule and having a vision of who he is? Should we not long to “see the King in His Beauty?” (Isaiah 33:17)

Surely we can only see him if we are right with him. At the same time, living under the rule of the perfect king would almost certainly give us a longing to see his face.

The Bible is the story of human beings rebelling against God's rule, beginning with our first parents and on down through the ages. The people of Noah's day refused his preaching and suffered the consequences. Pharaoh would not heed Moses and Aaron and the people of Egypt suffered. God's chosen people were themselves guilty of seeking a king besides Him to rule, whether in turning to the gods of the nations or seeking a human king to lead their nation (1 Samuel 8). The people of Israel refused their Messiah-king when he came announcing the nearness of the kingdom, and the nations will battle against the Lamb until the very end. The story of Scripture is the story of the Creator and Ruler God reasserting His rule over His rebellious creation, and finally fulfilling the mandate for man to have loving dominion when the God-Man, Jesus the King, rules. This has been initiated even now as He has been given all authority in heaven and on earth (Matthew 28:18-20).

But the Bible is also the story of a fractured relationship. God came in the cool of the day, presumably to appear in some visible form (not of His essence, Jn 4:24ff), to walk with Adam and Eve. But they were cast east of Eden upon their sin, and the story of the Bible is God making a way for sinful people to be made right with a Holy God. As those who have trusted in Jesus (who came that He might bring us to God, 1 Pt 3:18), our transformation into his likeness will be complete when we become “like Him, for we shall see Him as He is.” 1 Jn 3:2.

These are both important storylines in biblical theology, and they are complementary, not contradictory. To see them in opposition to one another is to misread the Bible in a profound way. We might bring them together by saying the story of the Bible is God making those who were rebellious traitors against the crown into beloved children of the King.