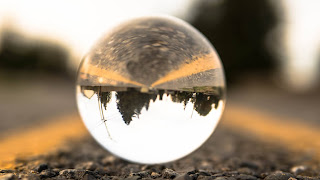 Photo by Trevin Rudy on Unsplash

An (appreciative) Response to Michael W Martin and Bryan A Nash

In their paper, “Philippians 2:6-11 as Subversive Hymnos”, Michael W. Martin and Bryan A. Nash argue that, though contested of late, the categorization of Philippians 2:6-11 as a hymn is correct. They do this by comparing the ancient rhetorical theory of hymnos with the text in question, and then looking at the key difference: Christ is praised for some most unusual reasons.

The Marks of a Hymn

Examining ancient textbooks which address the genre of hymnos, Martin and Nash first point to four markers which allow the identification of the hymnos genre (95-109).

Applied to The Text

After laying their groundwork, the authors set about their real business of arguing that the above marks fit with what we see in Philippians 2. (110-134)

Where this paper stands out is in taking up that last point and arguing that while Christ is being praised, the reasons given for praising him subvert the very expectations upon which the hymnos genre was built, both for Latin and Greek writers. That Christ is praised, not for his God-ness, but for his laying aside his Divine rights and taking the form of a servant (117), is but one example they give. Citing the work of Robert Alter (109-110), they point out that often the most instructive part of a piece of art is not where it conforms to expectations, but where it defies those expectations.

In Philippians 2:6-11, Christ is pictured as one deserving all praise - but he is also pictured as the One who reorients our thinking about that which is praiseworthy. Something to keep in mind when we come later to Philippians 4:8 and read, “if there is anything praiseworthy - meditate on these things.”