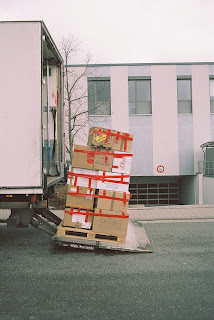 Photo by Markus Spiske on Unsplash

A Response to “A Gospel on the Move” by Eric D. Barreto
Introduction

In his paper, “A Gospel on the Move: Practice, Proclamation, and Place in Luke-Acts,” Eric D. Barreto argues that from the narrative coming to us as the twin books of Luke and Acts we can draw imaginative tools useful for understanding and evaluating the world around us today. He extends this specifically into the area of border and imigration policy, encouraging his reader to embrace a disruptive and Jesus like stance toward including outsiders in our conception of family and those who belong.

Barreto asks an important question in his third paragraph on page 175, “how do we move from narration to injunction, from storytelling to ethics, and from narrative to action?” This is an important hermeneutical question. If James urges us to be doers and not mere hearers of the word (see James 1:22), then the question of how we move from a narrative text to draw its lessons and make them land in our modern world is an exceedingly important one.

One helpful tool in this toolbox is the concept of “theological imagination” (176). This concept is one for which I have a great deal of fondness and affinity. We do not simply come to the Scriptures looking for lists of “how-to” in didactic form, we need to have our imaginations shaped by the text of Scripture.

Finally, the emphasis upon meals, especially in the Luke narrative (see 176-182) as places of belonging and new identity was, I believe, at least hitting at something important.

Where this paper fell short was the fact that in trying to construct a theological imagination, the author repeatedly tries to over-imagine the text itself, rather than being shaped by the text and imagining from that place of formation. For example, on page 181 he reimagines the meaning of sinner in Luke 19, taking it to mean that Zacheuss was only perceived as a sinner. But this removes the emotional force (not to mention the salvific theme as it had stood to that point in Luke) of Jesus declaring this one who was in fact a sinner to now be a “child of Abraham.” By reimagining the meaning the author has changed the meaning of the text and made it less impactful.

This comfort with reimagining salvation is also displayed when he states on page 176 that “local contexts give shape to the gospel.” That is, he takes the message itself to be malleable to the needs of the moment.

The paper was not without merit. But on the whole, while Barreto raises some good points, I don’t believe his argument holds together. This is because he ends up placing the imaginative power of the reader in the driver’s seat, rather than the text itself.