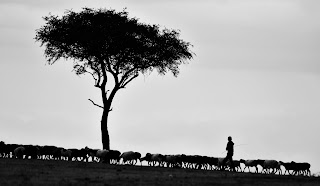 Photo by Pawan Sharma on Unsplash

Introductions to Amos, Nahum, and Zephaniah

Authorship of the book has traditionally been ascribed to the prophet Amos. Nothing is known about Amos other than what he reveals in 1:1 and 7:14, that he is a herdsman and dresser of sycamore figs, hailing from Tekoa. He was neither a prophet nor a priest, but was entrusted with a series of messages from the Lord (7:14-15).

The fact that he prophesied during the reigns of Uzziah in Judah and Jeroboam II in Israel indicate that his prophecy occurred between 765-750 B.C.

This book is directed toward the northern kingdom of Israel, and the beating heart at the center of the book is God himself. The name Yahweh occurs by itself and in combination with other terms over 80 times in the book. The focus of Yahweh and His speech in the book is to warn Israel that the coming day of the Lord is sure, but it is surely bad news for them, rather than the good news they had assumed it to be. They had sinned grievously and God promised judgement.

This book falls into the category of prophecy, but deploys a number of literary techniques. These include satire, simile and other poetic tools, oracles of woe or judgement, and visions.

The author of this book was the prophet Nahum of Elkosh, for whom it is named (1:1). We do not precisely know where Elkosh was, though it seems likely to have been in Judah. We know the book was written between the dates of 663 and 612 B.C, with a date of 660-630 B.C. most probable due to the depiction of Nineveh as still being a mighty city.

This book was written to the people of Judah, in order to bring them comfort (in fact, even Nahum’s name means (“comfort”). The message beats one note: the coming destruction of the city of Nineveh, the capital of Assyria. This destruction was deserved because of their utter wickedness. In this sense it is the sequel to Jonah’s prophecy. The people of Judah were to take refuge in God and find comfort as He destroyed their enemies (1:6-7).

The prophecy of Nahum consists entirely of oracles of judgement, and can be considered war poetry. It is also structured in a chiastic fashion, with the chiasm centering on the woe oracle at the beginning of chapter three (3:1-4).

The book of Zephaniah was named after it’s author, the prophet Zephaniah. Unlike most prophets, we have a fairly extensive genealogy given for Zepaniah, which has led many to wonder if the Hezekiah mentioned (1:1), Zephaniah’s great-great-grandfather, is the Hezekiah king of Judah. Zephaniah prophesied during the reign of Josiah (1:1), the dates of which were 640-609 B.C.. This places Zephaniah as a contemporary of Jeremiah.

The audience for this book was the nation of Judah. The content of the book is largely oracles of judgement against the nations generally, but also including penetrating application of God’s anger toward His own chosen people (3:1). Exhortations to “seek the Lord” (2:3) and to “wait for me” (3:8) punctuate a letter filled with oracles of God’s judgement. The book concludes with a note of hope, with salvation promised not only for Jerusalem (3:11-20), but for all the nations (3:9-10).

The book is broken into three major sections, connected by transitional exhortations in 2:1-3 and 3:8. The genre is prophecy, and this book features many similarities to the “major” prophets, with both oracles of judgement and hope, and moving between speaking against foreign nations and God’s own people.