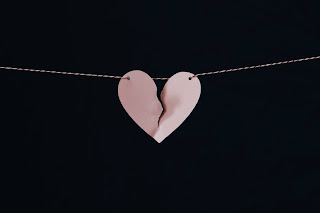 10 Have we not all one Father? Has not one God created us? Why then are we faithless to one another, profaning the covenant of our fathers? 11 Judah has been faithless, and abomination has been committed in Israel and in Jerusalem. For Judah has profaned the sanctuary of the LORD, which he loves, and has married the daughter of a foreign god. 12 May the LORD cut off from the tents of Jacob any descendant of the man who does this, who brings an offering to the LORD of hosts!

13 And this second thing you do. You cover the LORD’s altar with tears, with weeping and groaning because he no longer regards the offering or accepts it with favor from your hand. 14 But you say, “Why does he not?” Because the LORD was witness between you and the wife of your youth, to whom you have been faithless, though she is your companion and your wife by covenant. 15 Did he not make them one, with a portion of the Spirit in their union? And what was the one God seeking? Godly offspring. So guard yourselves in your spirit, and let none of you be faithless to the wife of your youth. 16 “For the man who does not love his wife but divorces her, says the LORD, the God of Israel, covers his garment with violence, says the LORD of hosts. So guard yourselves in your spirit, and do not be faithless.”

The book of Malachi is thought to have been written by a prophet of the same name. His name means “my messenger”, and because both prophets and priests were considered messengers of the Lord, some have suggested that this name is in fact a title. However, given the construction of 1:1, “The oracle of the word of the LORD to Israel by Malachi.”, it seems best to consider this his proper name. In Malachi we meet someone very familiar with and unhappy about the religious state of Israel.

That religious state is a mess, hence the prophet’s disgruntlement. The book features a set of six disputations in which the prophet confronts the people, hears a response, and brings the charge to a conclusion. The nature of the disputes parallel issues faced during the post-exilic time period of Ezra-Nehimiah, thus most believe the book was likely written circa the 5th century B.C.. The prophet calls out the people’s distrust of God’s love (1:2-5), their despisal of his name (1:6-2:9), their unfaithfulness (2:10-16), their denial of God’s justice (2:17-3:5), their theft from God (3:6-12), and finally their distrust of His character (3:13-4:3).

The Profaning of the Covenant, v10-12

The third of the prophet’s disputes with the people in Malachi begins in 2:10 where he charges them with being faithless to one another. The seriousness of this crime is highlighted by the implied contrast between this and what would be right. “Have we not all one Father? Has not one God created us?” The question the prophet seems to be asking is, “If we see ourselves as one people created by the one God, how could we ever treat one another in a treacherous fashion?” Yet they have, and he describes this behavior in the latter half of verse 10 as “profaning the covenant of our fathers.”

Who made this covenant with their fathers? Was it a merely human to human contract? Hadly. We see both in the land of Cannan with Abraham (see Genesis chapters 15 and 17), as well as with the nation at Mount Sinai (see Exodus 20), God is the one initiating this covenant with his people. Therefore to violate the covenant of the fathers by faithlessness toward a brother is a form of profaning the covenant God of Israel, Yahweh.

The specific nature of the covenant unfaithfulness is spelled out in v11, where the prophet charges the people with marrying “the daughter of a foreign God”, which is to say, they were taking foreign wives. Again, this is pictured not merely as wrong on a human to human level, but as a distortion of worship as well, “Judah has profaned the sanctuary of the LORD.” The punishment pronounced for this is found in v12, “May the LORD cut off from the tents of Jacob” any who are guilty of this crime. The picture here is of Yahweh Himself bringing judgement down on the faithless ones.

In this section the LORD is pictured as a witness between the men of Israel and their wives, whom they have been unfaithful to via divorce. Taken together with the issue of intermarriage with foreign women in v11, some have taken this to mean that the men of Israel were leaving their first wives (of Israelite descent), and taking to themselves these foreign women.

This threatened the cohesive nature of Israel as a people devoted to the LORD. In a time when the people were returning from exile and seeking to rebuild the nation this was particularly egregious, and would make impossible (or at least very difficult) that which the LORD was seeking from these families: godly children (v15). Because of these offenses of abandoning their wives from their own people and taking to themselves foreign wives, God was refusing to acknowledge the prayers and sacrifices of his people (v13-14). He will not receive the prayers of those whom he describes as “covering their garments with violence” (v16).

The clear message of this passage is that God is displeased with the unfaithful dealings of Israel. In their failure to deal rightly with their wives at home, the men of Israel showed how truly distant their hearts were from God. While the traditional translation of v16, “the Lord hates divorce,” is perhaps not a justified way to bring the Hebrew into English, the divorce pictured in Malachi 2:10-16 certainly is hated by the LORD. He sees it as violence, not only against the innocent women and children involved, but against His own covenant with the people of Israel.