This is a sermon from our Christmas Eve Service at Remsen Bible, I pray it is a blessing to you! 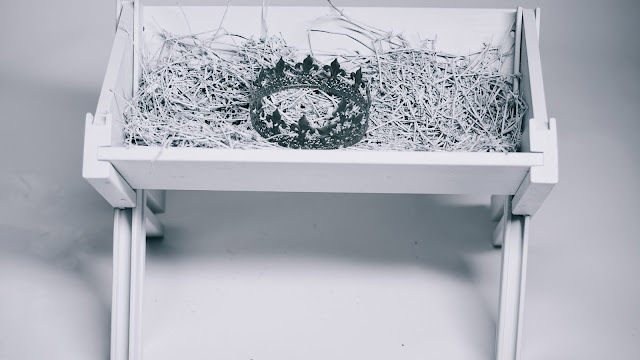 18 Now the birth of Jesus Christ took place in this way. When his mother Mary had been betrothed to Joseph, before they came together she was found to be with child from the Holy Spirit. 19 And her husband Joseph, being a just man and unwilling to put her to shame, resolved to divorce her quietly. 20 But as he considered these things, behold, an angel of the Lord appeared to him in a dream, saying, “Joseph, son of David, do not fear to take Mary as your wife, for that which is conceived in her is from the Holy Spirit. 21 She will bear a son, and you shall call his name Jesus, for he will save his people from their sins.” 22 All this took place to fulfill what the Lord had spoken by the prophet:

23 “Behold, the virgin shall conceive and bear a son,

and they shall call his name Immanuel”

(which means, God with us). 24 When Joseph woke from sleep, he did as the angel of the Lord commanded him: he took his wife, 25 but knew her not until she had given birth to a son. And he called his name Jesus.

The story is so familiar to us that we can miss the gravity of what’s at play. A young Jewish couple are betrothed to be married. It’s probably been planned for some time, and they are eagerly anticipating the day. And then Joseph gets the awful news. Mary is pregnant. She has betrayed him. His plans for the future on hold, probably deeply hurt and angry. And now he holds her life in his hands. If this becomes public knowledge, that Joseph has had to go through the divorce process with his bride to be because she has broken her vows to him, it would destroy her life. He lays in bed, contemplating these things. No, destroying her and bringing her to public shame would be wrong. Do justice, but love mercy. Joseph is a righteous man. He cannot move forward with this relationship and stain his good name, but he doesn’t need to drag her through the mud. He’ll put her away quietly. A quick, simple divorce. The facts are clear.

As Joseph contemplates this all in his bed, finally sorting things out in his mind and drifting to sleep, God sends a disruption. And that disruption is in the form of an angel of the Lord, a messenger sent from on high. God’s message is clear: do not fear to take Mary as your wife. That’s awful bold! Doesn’t God know the rumors that will fly? But the truth is more important than the rumors, and the truth is this: That which is conceived in her is from the Holy Spirit. God has miraculously, inexplicably, created a life inside the womb of this young virgin. This would be a jarring message in itself. But I want to think about the rest of this message from the angel, because as hard to comprehend as a virgin birth may be, the rest of what he says is just as amazing.

First note that the angel calls Joseph a Son of David. That’s important, because David is the king by whom all kings of Israel are measured. And while Joseph is his descendant, this carpenter probably doesn’t go around thinking about kingship. That’s not how he would be seen or how he saw himself. But the angel opens this way, because David received a promise of an eternal king to reign on his throne. And Joseph is about to find out that his David lineage is going to play a key role in that story.


The angel then tells Joseph that the child to be born Mary is to be named Jesus. Jesus. The Greek form of the Hebrew Joshua or Yeshua: Yahweh Saves. The name of the leader who delivered the people into the promised land, conquering the foes who would stand against them. So this child is to be a mighty deliverer like Joshua of old? Will he save us from the Romans? No, here is a different type of deliverer: this Jesus will save his people from their sins. There is an enemy bigger than the Egyptians, the Caananites, the Amalekites, the Moabites, the Amorites, the Assyrians, the Philistines, the Babylonians, the Romans, or whoever it is you fear in this world today. The enemy to worry about is the enemy that lives within you, condemning you before a Holy God: your sin. But Jesus came to save his people from their sins.


Who are his people? Certainly Joseph would have thought of the Jewish people when he heard these words. But even as Matthew is writing he is hinting that Jesus’ people include more than the ethnic children of Abraham. In verses 3-6, we find 4 women in the genealogy of Jesus. Each has their own interesting background, but they hold one thing in common: their outsider, Gentile status. Tamar is a gentile, Rahab is a gentile, Ruth is a gentile, and Bathsheba was married to Uriah, a Hittite gentile. The new people of Jesus, those saved by Jesus from their sins, will not be identified by their physical lineage. They will be identified by this: trusting that Jesus is the Savior they need.

Note the other name we see for this child, this time from a quotation out of Isaiah 7: Immanuel. Matthew gives us a translation for this name: God with us. Do you see your need for God to come save you? That’s where each of us stands on our own, the whole world lying in the power of the evil one, each one of us in the grip of sin. But Jesus came into this world to be the One who would save us. God the Son, the Eternal Word of the Father, took on human flesh and dwelt among us. Eternal God, lying in a manger. Incarnating not as some royal prince or priest, but coming and dwelling for nine months in the womb of an unknown, obscure virgin.


If this all sounds far fetched, that’s understandable. Why would God so care for us? We are left in the same place as Joseph: there is a decision to be made. Joseph had to choose: would he trust the message of the angel, believe that Mary was honest and that this was God’s son whom he was to raise? Believe that God was breaking into the world to save his people from their sins? He made the choice to trust. He obeyed the voice of the angel, took Mary as his wife, and named the boy Jesus. That same Jesus lived a perfect life, the life Joseph couldn’t live. And he died a horrible death on a Roman cross, bearing the weight of Joseph’s sins. And he rose from the dead, guaranteeing new life for Joseph, deliverance from those greatest of enemies, sin, death, and the wrath of God.


Will you receive that same gift this Christmas? Will you trust Jesus, and receive him as your Immanuel? Let every heart prepare him room.

Email ThisBlogThis!Share to TwitterShare to FacebookShare to Pinterest
C.W. Dole
Follower of Jesus. Husband of one. Father of four. Pastor at Remsen Bible Fellowship (remsenbible.com).