Showing posts from July, 2020
Show all

"For this child I prayed, and the LORD has granted me my petition that I made to him. Therefore I have lent him to the LORD. As long as he lives, he is lent to the LORD." And he worshiped the LORD there.    1 Samuel 1:27-28 Have you ever received a gift, and being so overjoyed with that gift, turned and given it away? The Setting That seems to be how the book of 1 Samuel, found in the Old Testament of the Bible, begins. We meet in these opening pages a woman named Hannah. She is the wife of a man named Elihu-but she isn't his only wife. She has what v6  refers to as a rival, her husband's other wife, Peninnah. And beyond being her rival, Peninnah is prodigiously gifted in what would have been the measure of a woman some 3100 years ago: she's very able to bear children. Hannah, on the other hand, is barren.  This causes Hannah great distress, for although her husband loves her ( v5 ), one imagines that love has a hard time holding up in the face of how fruitful his
Post a Comment
Read more 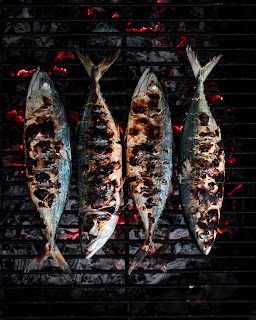 After this  Jesus revealed himself  again to the disciples by the Sea of Tiberias, and  he revealed himself  in this way. Simon Peter, Thomas (called the Twin), Nathanael of Cana in Galilee, the sons of Zebedee, and two others of his disciples were together. Simon Peter said to them, “I am going fishing.” They said to him, “We will go with you.” They went out and got into the boat, but that night they caught nothing.    Just as day was breaking, Jesus stood on the shore; yet the disciples did not know that it was Jesus. Jesus said to them, “Children, do you have any fish?” They answered him, “No.” He said to them, “Cast the net on the right side of the boat, and you will find some.” So they cast it, and now they were not able to haul it in, because of the quantity of fish. That disciple whom Jesus loved therefore said to Peter, “It is the Lord!” When Simon Peter heard that it was the Lord, he put on his outer garment, for he was stripped for work, and threw himself into the sea. The
Post a Comment
Read more

Church Elders: How to Shepherd God's People Like Jesus by Jeramie Rinne My rating: 5 of 5 stars Brief, clear, insightful. Rinne lays out the Biblical role and responsibilities of elders, provides helpful tips, and encourages those men whom God has called to the role of shepherd to do precisely that: shepherd. Useful for those who already are pastors/elders, and I look forward to using it as a training tool in equipping new elders. View all my reviews
Post a Comment
Read more

When Your Prayer Hits the Ceiling 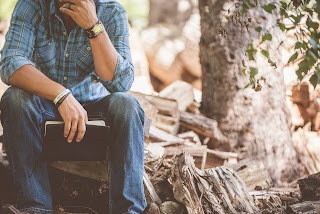 Blank Do you ever experience times of feeling spiritually blank? Like no matter how many times you go to church, no matter how many songs you sing, no matter how much money you give, nothing you do is going to make you feel close to God? I go through such experiences on a frighteningly frequent basis.  What causes this sort of blank, bleak, hollow feeling? I think there are quite a few possibilities. It can be how the seasons affect our brains. I can feel blank any time of year, but I can pretty well count on hitting that point in either January or February. It can be derived from the circumstances around us leaving us overwhelmed. We just don't have the emotional energy to operate beyond survival mode. And these just begin the list, so many of which are circumstances genuinely beyond our control. Deafness But I want to focus our attention briefly on a passage that holds the mirror up to my life. Proverbs 28:9  says, If one turns away from hearing the law, even his prayer is an abo
Post a Comment
Read more 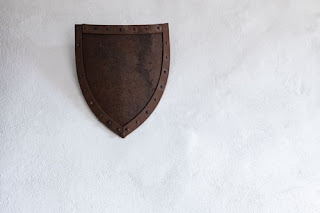 When Times Get Tough Have you ever heard the old saying, "when the going gets tough, the tough get going"? There are a lot of tough times recorded in the Bible. Some of the most interesting occur in the historical books, which begin with 1 Samuel. In the book of 1 Samuel, we read the story of Israel's transition from being a theocracy which acknowledged God as king, to being a monarchy with a human king sitting on a physical throne. Standing in the way of that transition, though, were the Philistines. As one comes 1 Samuel 14 , we find King Saul of Israel and his army waiting for battle. The Philistines outnumber the Israelites by an order of magnitude. And not only is the tiny army of Israel outnumbered, they are (to speak anachronistically) outgunned. The whole army of Israel has two swords: the one carried by King Saul, and the one carried by his son Jonathan. The rest of the men have axes, mattocks, plowshares, and sickles.  Which brings us to verse 6 of chapter 14, J
Post a Comment
Read more

July 26, 2020
Here is the link to last Sunday's sermon from our church, Remsen Bible Fellowship: The Gift of Peace
Post a Comment
Read more

What John's Aiming For 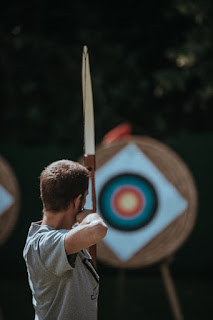 What was the Apostle John aiming for when he wrote the gospel which bears his name? The apostle tells us in chapter 20, verse 3 1, that everything he has written was so that we might believe, and that by believing you may have life in his [Jesus’] name. Having considered the content of the belief (that the Messiah, the Son of God, is Jesus), we should ask what is the belief itself? What does it mean to believe in Jesus? What it's Not Reading through John’s gospel, one thing clear: he is not seeking a mere intellectual assent. Saying, oh yes, that’s what I think! is not the sort of belief he is driving for. John 2:23-25 , Now when he was in Jerusalem at the Passover Feast, many believed in his name when they saw the signs that he was doing. But Jesus on his part did not entrust himself to them, because he knew all people and needed no one to bear witness about man, for he himself knew what was in man. Jesus looks at the belief of those who have seen him do signs, and yet he does
Post a Comment
Read more

Are You Afraid to Die?

Why Was He Writing? 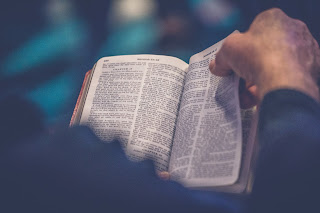 Why did the apostle John write the gospel which bears his name? In John 20:30-31, we read his answer:  Now Jesus did many other signs in the presence of the disciples, which are not written in this book; but these are written so that you may believe that Jesus is the Christ, the Son of God, and that by believing you may have life in his name. Which would seem to indicate that John's intention is to answer this question: Who is Jesus? The answer he provides: The Christ (or the Jewish Messiah , the anointed one from God), the Son of God.    However, in an article published in the Journal of Biblical Literature in 1987 (and then more briefly in his excellent commentary, the Gospel According to John ), D.A. Carson makes the argument that we ought to understand those words in a slightly different order. His argument essentially boils down to this: in v31 , the Greek phrase, ἵνα πιστεύητε ὅτι, translated so that you may believe that  refers not to who Jesus  is, but to who the Messiah
Post a Comment
Read more

July 23, 2020
This is from Tim Chester's book, Enjoying God , on page 119: Imagine you've been driving a small car with a beat-up engine which struggles to go much over 30 mph. Then one day someone gives you a powerful new car with a large turbo-charged engine. A week later you shock them by saying, "I haven't really noticed much difference." But then they discover that you've never driven it over 30 mph. You've got this car that can accelerate to 70 mph in three seconds. But you don't notice the difference because you've never hit the accelerator. Some of us don't "feel" the power of the Spirit because we've never hit the accelerator. Don't make your life so safe that you never have cause to notice the Spirit's work. Are you making your life too safe? Do you ever take actions or initiate conversations where God will obviously have to show up, or do you always play it safe? Do I always play it safe?
Post a Comment
Read more 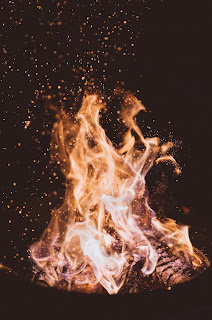 In the Old Testament book of Jeremiah, we read not only the prophec ies which God made t hrough Jeremiah, but we also encounter much of Jeremiah's life. And as you read his life you are often struck with a sense of pity for this man who faithfully obeyed God year after year after year and seemed to receive little but pain and scorn in return.  Part of why his life proved so difficult was the nature of his message. Jeremiah was speaking to the people of Judah shortly before their captivity in Babylon. He frankly warns them that this i s coming, tells them it's too late to change this fact, and exhorts them to bear up submissively underneath the pain that will come. But the people, especially those in the highest places, resist these words from the Lord through his prophet.  In chapter 36   we find the story of Jeremiah dictating the words of his prophecy to his assistant, Baruch. After Baruch takes the full dictation, Jeremiah instructs him to take this scroll down to the temple
Post a Comment
Read more 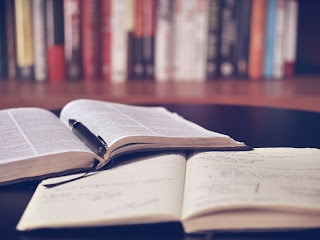 In Proverbs 3:5-6  we read these familiar words,  Trust in the LORD with all your heart, and do not lean on your own understanding. In all your ways acknowledge him, and he will make straight your paths. What does it mean to acknowledge the Lord in all your ways? I think in the text we see an action and an attitude. But before we look at those, we'll look at another action that we find elsewhere in the Bible. Prayer The first action that comes to mind in regard to acknowledging God is simply to talk to him. I remember when I was just out of high school and considering joining the military. I had a couple of meetings with the recruiter and was planning on moving that direction. One day I talked to my grandmother about this and she mentioned to me how hurt my grandfather was that I hadn't talked to him about it at all. He had served for over 20 years in both active duty and the reserves, and therefore would have had a lot of helpful input and wisdom to share. But I hadn't ack
Post a Comment
Read more

Enjoying God: Experience the power and love of God in everyday by Tim Chester My rating: 5 of 5 stars One of the most spiritually enriching books I have ever read. View all my reviews
Post a Comment
Read more

Review: One Assembly by Jonathan Leeman

One Assembly: Rethinking the Multisite and Multiservice Church Models by Jonathan Leeman My rating: 5 of 5 stars First two chapters are good, and I found them persuasive. Third chapter was better, and should be required reading for any church leader. The appendices were also helpful in substantial ways. View all my reviews
Post a Comment
Read more
More posts