Anxious People by Fredrik Backman My rating: 4 of 5 stars 4.5ish. Backman's writing is worth five stars, his ability to take you inside the skin of each of the characters and laugh and cry and feel queasy under the skin right with each of them is simply brilliant. This story wasn't as strong as the others I've read from him, which is why I bring it back down to a four. That said, I couldn't put it down (almost literally) for the final 120 pages. "It just hurts so much at times, being human." (98) "Limes seemed to be such a popular adornment at apartment viewings that it's tempting to think that if real estate agents were banned, the surface of the earth would become covered with such a thick layer of limes that only young people with very small knives and an inexplicable fondness for Mexican beer would survive." (129) "When snow arrives autumn has already done all the work, taking care of all the leaves and carefully sweeping summer awa
Post a Comment
Read more

Ploductivity: A Practical Theology of Tools & Wealth by Douglas Wilson My rating: 5 of 5 stars “My optimism about tools and technology is, at bottom, an optimism about the future history of the world. And that, in its turn, is an optimism that is grounded on the fact that at the darkest point of human history, God in the flesh was crucified by arrogant sinners, by all the important people. Three days after that, the Lord came back from the dead. That means the old world has been overthrown. How could that world not be overthrown? That world is dead because its only power was death, and we serve a Lord who went into death’s maw, and then came out again. That is the ultimate plot turn. That is the central fact of all human history.” (Pg 103) I’m exceedingly inclined toward the technophobia that Wilson rails against in this book. This was a helpful counterweight to my inclinations, and I’m thankful for it. It’s Wilson, so the style is breezy and a blast to read. It was written in a
Post a Comment
Read more

Review: The Drop Box by Ivie and Kluck

The Drop Box: How 500 Abandoned Babies, an Act of Compassion, and a Movie Changed My Life Forever by Brian Ivie My rating: 3 of 5 stars The first half is the sort of navel gazing self-importance dressed up in Christian language that you'd kind of expect from a 20 something writing a memoir. The back end, especially the reflections on the ministry in South Korea and the pastor there who spearheaded it, his relationship with the gospel, and the need for grace was all quite good. View all my reviews
Post a Comment
Read more

Review: Liberating Ministry from the Success Syndrome by Hughes

Liberating Ministry from the Success Syndrome by R. Kent Hughes My rating: 5 of 5 stars Good, wise, helpful, sane. The biblical measures of success point us back to faithfulness, rather than looking at business metrics (budgets, butts, buildings, etc.). View all my reviews
Post a Comment
Read more 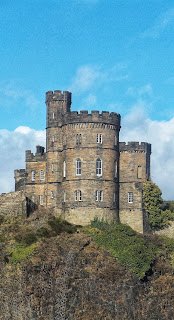 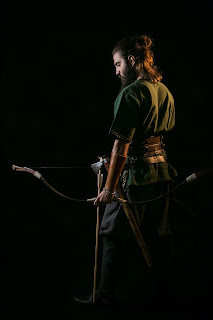 Photo by Gioele Fazzeri on Unsplash Glory Slain An Exegetical Paper on 2 Samuel 1:17-27 Introduction In the opening chapters of 2 Samuel, we meet David in an awkward place. Having been anointed king in 1 Samuel 16, and then defeating Goliath (1 Samuel 17) and becoming a great man in King Saul’s house, the tables had turned and he spent the next several years on the run (1 Samuel 19-31). But at the end of the 1st installment of the Samuel narratives, we find out that Saul has died (1 Samuel 31:6). Suddenly relieved of the burden of being hunted, we might expect to find David rejoicing. Instead, David, upon receiving news of Saul’s death, rends his garments. The structural center of 2 Samuel 1:1-16 is David mourning. In the words of commentator Dale Ralph Davis, “[the narrator] thinks the most important item in his story is the grief and wailing of David and his men over Israel - her fallen leaders and troops.” So far from finding this to be good news is David, he has the Amalekite who
Post a Comment
Read more
More posts